To backdoor or not to backdoor, that is the question.

The current rules require you to always have backup in the form of creeps if you want to destroy any buildings. This being true even if towers are below 10% hit points aka 'in deny range'.
However the rules are old, and I mean 4 years old.
Since the inception of these rules, DotA has gained an aggressive regeneration system for buildings.


Could these rules be outdated? Should they be changed?
To find out, I decided to interview 30 players, mostly of higher skill level.

As you can see from the results table:
97% want to backdoor towers that are in deny range.
57% want outer tower backdoor.
33% want full backdoor.

Clearly the rules need changing to allow for backdooring of those sub-10% hp towers. The other two options however aren't that clear on what should be done. When we weigh the votes based on player stats, then we can see that higher ranked players are more likely to favor allowing backdooring.

I think the best path to take here is to allow backdooring of outer towers but to keep the old rules for base buildings. 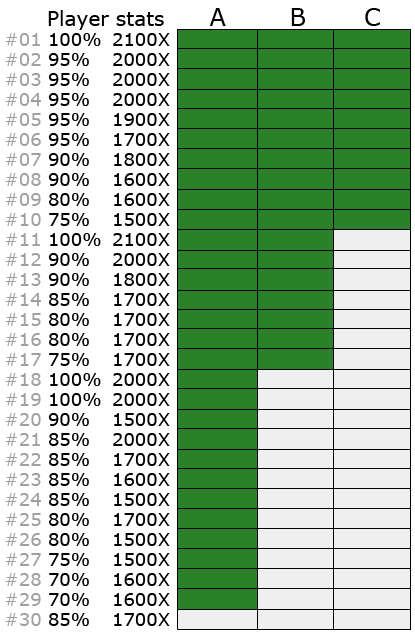